Body Counts: A Memoir of Politics, Sex, AIDS, and Survival 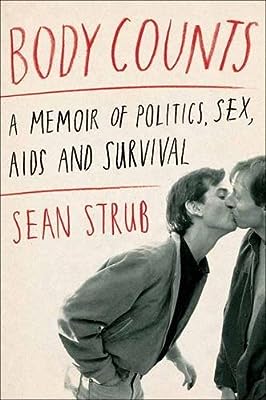 Price: $30.00
As of 2020-02-23 11:10:15 UTC (more info)
Product prices and availability are accurate as of 2020-02-23 11:10:15 UTC and are subject to change. Any price and availability information displayed on http://www.amazon.com/ at the time of purchase will apply to the purchase of this product.
Buy Now from Amazon
Product Information (more info)
CERTAIN CONTENT THAT APPEARS ON THIS SITE COMES FROM AMAZON SERVICES LLC. THIS CONTENT IS PROVIDED 'AS IS' AND IS SUBJECT TO CHANGE OR REMOVAL AT ANY TIME.

Sean Strub, founder of the groundbreaking POZ magazine, producer of the hit play “The Night Larry Kramer Kissed Me,” and the first openly HIV-positive candidate for US Congress, charts his remarkable life—a story of politics and AIDS and a powerful testament to loss, hope, and survival.

Sean Strub, founder of the groundbreaking POZ magazine, producer of the hit play The Night Larry Kramer Kissed Me, and the first openly HIV-positive candidate for U.S. Con­gress, charts his remarkable life—a story of politics and AIDS and a powerful testament to loss, hope, and survival.

As a politics-obsessed Georgetown freshman, Sean Strub arrived in Washington, D.C., from Iowa in 1976, with a plum part-time job running a Senate elevator in the U.S. Capitol. He also harbored a terrifying secret: his attraction to men. As Strub explored the capital’s political and social circles, he discovered a parallel world where powerful men lived double lives shrouded in shame.

When the AIDS epidemic hit in the early 1980s, Strub was living in New York and soon found himself attending “more funerals than birthday parties.” Scared and angry, he turned to radical activism to combat discrimination and demand research. Strub takes readers through his own diagnosis and inside ACT UP, the activist organization that transformed a stigmatized cause into one of the defining political movements of our time.

From the New York of Studio 54 and Andy Warhol’s Factory to the intersection of politics and burgeoning LGBT and AIDS movements, Strub’s story crackles with history. He recounts his role in shocking AIDS demonstrations at St. Patrick’s Cathedral and the home of U.S. Sen­ator Jesse Helms. Body Counts is a vivid portrait of a tumultuous era, with an astonishing cast of characters, including Tennessee Williams, Gore Vidal, Keith Haring, Bill Clinton, and Yoko Ono.

By the time a new class of drugs transformed the epidemic in 1996, Strub was emaciated and covered with Kaposi’s sarcoma lesions, the scarlet letter of AIDS. He was among the fortunate who returned, Lazaruslike, from the brink of death.

Strub has written a vital, inspiring memoir, unprecedented in scope, about this deeply important period of American history. 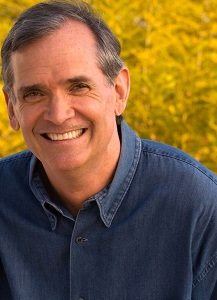 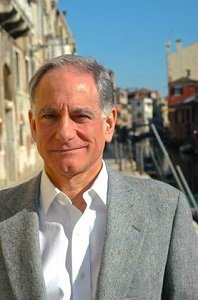 When the anti-viral drug AZT was approved for use against HIV/AIDS back in 1987, Sean Strub's doctor urged him to take it. Strub was HIV-positive, and early tests of the new drug had produced dramatic results. He followed his doctor's advice, but reluctantly. After two weeks of agonizing over the pros and cons, he stopped taking AZT. It was a gutsy move, since no other drug was on the horizon, but it turned out the best thing he could have done: AZT's benefits proved to be short-term, and the drug itself was toxic at the dosages prescribed. "[H]ad I continued to take it," Strub writes in Body Counts, his engrossing and immensely readable memoir, "I very likely would have died, as thousands of others did."

A small library of books by people with AIDS has sprung up in the thirty years since the start of the epidemic. They constitute a remarkable sub-genre of historic importance, and Body Counts shares qualities common to the best of them (Paul Monette's Borrowed Time, Randy Shilts's And the Band Played On, David B. Feinberg's Queer and Loathing, and Shawn Decker's My Pet Virus). Strub writes from the perspective of an activist-insider. He sheds new light on the nature of the disease, the struggle against it, and the politics that pervade every aspect of what has come to be known as AIDS Inc.

At an early age, as one of six children in a conservative, church-going Iowa family, Strub demonstrated an entrepreneurial flair and an obsession with politics. He sold subscriptions door-to-door and hawked soda and popcorn at University of Iowa football games. In high school he was a page in the Iowa legislature. In college he ran the "Senators Only" elevator in the U.S. Capitol and expected that this would put him on a "political fast track." Life took unexpected turns, however, and by the time he entered politics in 1990, it was as the first openly HIV-positive candidate for Congress.

When he became sick with AIDS, Strub focused his energies as an activist and entrepreneur on AIDS itself. In 1994--just as purple lesions of Kaposi sarcoma began to show on his face--he drew up plans to launch POZ, a consumer magazine for people with HIV. POZ would serve as a source of up-to-date medical, scientific, legal and financial information about the epidemic. It would create a sense of community for its readers by featuring stories about people just like them who were managing to live fruitful lives while surviving with HIV.

Strub raised most of the money for POZ from a company with the ghoulish specialty of buying life-insurance policies from terminally ill people who were near death. He cashed in his policy for $450,000, sold his country house, maxed out his credit cards, withdrew his savings, and put all of it into the successful startup of POZ.

Through POZ, Strub gained (and shared) sobering insights into Big Pharma, which was both his biggest source of advertising revenue and at the same time the most frequent subject of investigative reports in POZ. He avoided conflicts of interest by publishing the uncensored truth about the strengths and weaknesses of every drug targeted at AIDS. More than one drug company pulled its advertising in anger over a negative mention, nearly sinking the magazine while ironically confirming its credibility.

As Body Counts describes in memorable detail, Strub frequently backed up the magazine's stand on issues with acts of boots-on-the-ground civil disobedience. One such episode, to publicize the campaign for safer-sex education, involved placing a giant condom over the suburban home of Senator Jesse Helms, the Senate's most implacable homophobe and foe of AIDS funding. Another far less light-hearted action took place at St. Patrick's Cathedral in protest over the church's deceptive and potentially harmful "Condoms Don't Work" campaign.

Two years after the launch of POZ, the introduction of combination therapy drastically reduced the death rate from AIDS so that when the twentieth anniversary of POZ occurred in 2014, both Strub and the magazine were around to celebrate it.

And the Band Played On: Politics, People...